For episode 9, we were honored to sit down with David Rutherford the founder and CEO of Froglogic Concepts. Froglogic is a motivational entertainment company. Their mission is to help individuals, executives, and organizations, overcome adversity and achieve success in any environment. He is also  an internationally known motivational speaker, best-selling author, world championship performance coach, and award-winning podcast host.

Whether you are a business owner, a team member in a corporate environment, or someone focused on their own personal development, David’s message will resonate. He works with organizations like First Trust, Revlon, The Miami Dolphins, The Green Bay Packers, and Comcast to improve performance and team dynamics. In recent years, his behavioral training and performance coaching clients have also included the 2018 collegiate World Series Champion Oregon State Beavers, and the 2018 World Series Champion Boston Red Sox.

Prior to founding Froglogic, David spent 8 years in the Naval Special Warfare community. He was a SEAL Operator, combat paramedic, and instructor during his time in the SEAL teams. In this conversation, David shares his own personal story and the struggles that led him to join the SEALs as a young man. He discusses how his path led from him being a confident student-athlete hoping to play lacrosse and football at the highest level, to a self-described “hippy art major” at Penn State who had lost his sense of identity and self-confidence. These struggles would later lead him on a path to studying our relationships with failure, pain, and the human condition. Today he uses all he has learned on his journey to help others perform at an elite level, regardless of their profession. He discusses his comprehensive approach, which includes elements of physical, mental, emotional, and spiritual health. The goal is to defeat what he likes to call “the negative insurgency” that comes with life.

Our conversation was deep and far-ranging. From seemingly simple things like the benefits of taking cold showers, all the way to the intricacies of our brain chemistry in stressful environments like Navy SEAL BUD/S training. We cover so many important topics for anyone hoping to better handle adversity and achieve success in today’s day and age. Thanks so much to David for coming on the podcast to share his story and his message. Enjoy! 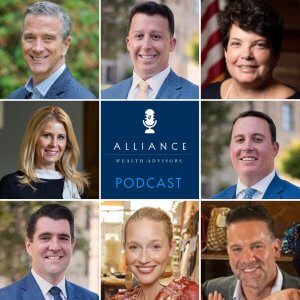 For episode 11 my colleague and managing partner at Alliance, Chris Ross and Stephanie Decker, Associate Vice President of... 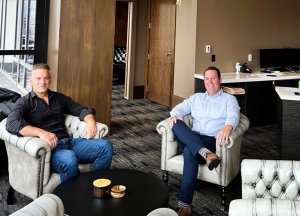 As advisors, we get to have fascinating conversations with interesting people every day. It is those conversations that inspired... 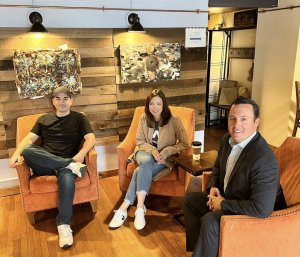 For episode 8, we have a unique community spotlight featuring News Director Julie Sidoni and filmmaker Al Monelli of ...