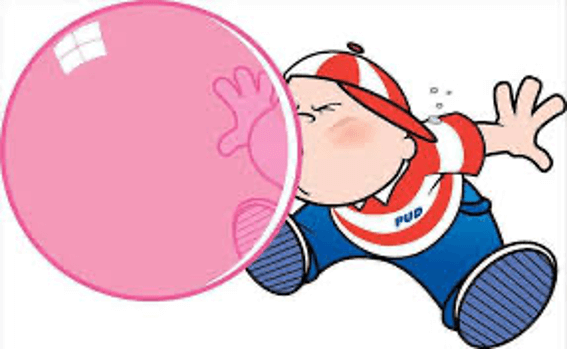 Jeremy Grantham, the Chief Investment Strategist of GMO started his most recent letter with the following headline grabber: “The long, long bull market since 2009 has finally matured into a fully-fledged epic bubble. Featuring extreme overvaluation, explosive price increases, frenzied issuance, and hysterically speculative investor behavior, I believe this event will be recorded as one of the great bubbles of financial history.”

Sheesh tell us how you really feel, Jeremy. Before exploring if this is indeed a bubble though, we first need to determine what defines one. While no two bubbles are the same, the patterns of behavior in each unique situation are remarkably similar throughout modern history. This is because while they are economic events, they are driven by human psychology and emotion. Even though we may not care to admit it, human behavior hasn’t changed a whole lot the last few centuries in this regard.

According to economist Hyman Minsky, and expanded upon in the book Manias, Panics and Crashes by Charles Kindleberger, bubbles have five stages (see below for grossly oversimplified descriptions of each). Regardless of if you are talking about “Tulip Mania” during the Dutch Golden Age in the 1630’s or the “Dot Com” Bubble of the late 1990’s/early 2000’s, the same stages generally apply. As the saying goes: history doesn’t repeat itself, but it does rhyme.

Displacement- It starts with rational behavior. It could begin with a technological change or major economic shift. Investors react to the new paradigm with excitement.

Boom– The accepted narrative becomes broadly accepted and more people become believers. This is also the phase where access to credit becomes easier and helps drive prices up further.

Euphoria- Now everyone wants in on this new and “easy” way to make money. They see other doing it extremely fast, speculating increases, and these behaviors become self-reinforcing.

Crisis- Early investors in the trend begin selling, realizing things have gotten out of hand. This prompts others to do the same. Panic sets in, with overextended and scared investors rushing for the exits at the same time. Greed gives way to fear as the primary emotion for investors.

Revulsion- The pendulum now swings back the other way, and asset prices move too far in the opposite direction. Those investors with the stomach to step in and buy may benefit. The blame game sets in and wrongdoers are made examples of.

Now, going back to Grantham’s claim. He is right to point out that investor behavior in some areas appears unsustainable. There is a red-hot IPO market led by previously little-known investment vehicles called SPACs. I won’t get into the weeds on them here, but it is telling that they are literally called “blank check companies”. These blank check companies have attracted billions of dollars in the last few months not through sound business plans, but simply by using trendy buzz words like “electric vehicles” or “artificial intelligence”.

There is also an army of traders on Robin Hood and Reddit (led by Davey Day Trader) that believe stocks don’t go down. Penny stocks and little known small-cap companies have seen a huge inflow of capital that lines up directly with timing of government stimulus checks. Tik Tok celebrities are giving stock tips for people’s retirement assets. Retail investors are important to markets and many of them have made a lot of money, but it’s hard to say how many will react in a down market or if they fully understand the risks they are taking. See also: GameStop.

Then there is Tesla, the poster child, whose market capitalization has grown to the equivalent of $1,250,000 per car sold each year (General Motors is $9,000). Tesla isn’t the only one though. Many other technology companies are valued at multiples that assume growth rates that seem optimistic at best and borderline delusional at worst. In short, there is a lot of behavior in the financial markets right now that falls somewhere between eyebrow raising and jaw dropping.

In its response to the Covid-19 Crisis, the Federal Reserve has created an environment where the cost of money is essentially free and says that will remain the case for the foreseeable future. This isn’t a new strategy. The Federal Government has sent checks to people directly, with more on the way. A lot of this money has made its way into stocks, housing, cryptocurrency, and other assets as much of the economy has been shut down and people’s spending (and gambling) options were limited drastically. Given this context, things make a little more sense.

Further, despite the economic hardship for many, Americans have paid down debt, savings rates have spiked, and many people are anxious to return to some semblance of normal life. This means getting out of the house and spending money on things and experiences (70% of the economy is based on consumer spending). The vaccine is in the early stages of being rolled out and should pick up speed. There is a lot of pent-up demand. Given all of this, many argue that the economy and earnings will grow, and stocks have plenty of room to continue going up.

People have been making predictions for as long as markets have existed, and bursting bubbles are often only obvious in hindsight. Market cycles can last for years and decades. As John Templeton said, “The influences on stock prices are so numerous and so complex that no person has ever been able to predict the trend of stock prices with consistent success.”

So, back to the question- is this a bubble? The truth is no one knows for sure. The confounding thing about markets is all of the above can appear to be true at the same exact time. Regardless of when or how this cycle ends, stock picking and market timing are terrible long-term investment strategies, and are even worse for wealth building. Instead, focus on your specific situation and design a financial plan that fit your needs and goals. Warren Buffett was right when he said “the fact that people will be full of greed, fear, or folly is predictable. The sequence is not.” 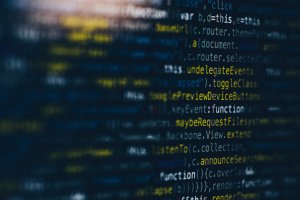 Google founder Eric Schmidt once said: “There were 5 exabytes of information created between the dawn of civilization through...