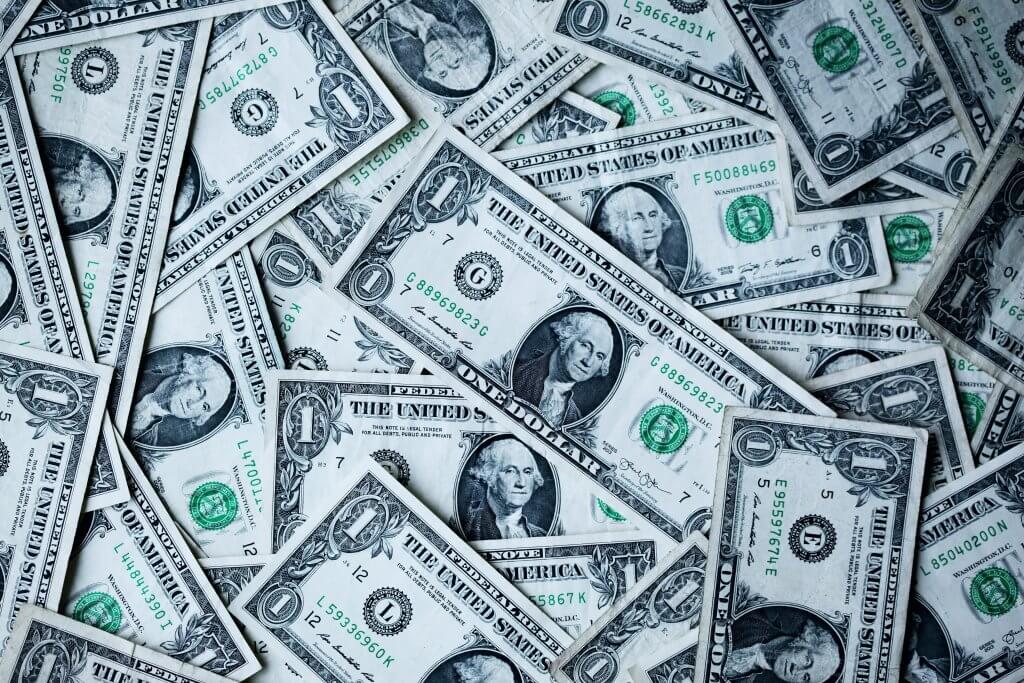 There is a very intense debate going on in the financial world today. It is centered around if inflation is temporary (a.k.a. transitory in Fed Speak), or if higher prices are here to stay. Everything is being viewed through this lens right now in the media. Stocks are down? It must be inflation fears. Stocks are up? It must be due to inflation fears easing. Treasury rates are up or down today? Inflation of course. Will the Fed have to raise rates sooner than expected? If so how will that impact investors? While it has gotten to be a bit of overkill, inflation is a very important topic. It is the single biggest hurdle people face when trying to build long-term wealth.

Whether you have any interest in economics or not, chances are you are feeling inflation in your every day life right now. Prolific central bank and government spending injected trillions of dollars into markets and the economy in a short period of time. There are more dollars chasing less goods. As consumer demand picked up when the economy began re-opening, supply chains for everything from washing machines to chicken wings were strained. People ready to get out and spend have been met with higher prices for all sorts of goods and services. It’s not just inflation that has become a part of everyday life though, there are also outright supply shortages in several sectors of the economy. Car dealerships are sitting empty, delays for furniture could last months, and many are wondering what the upcoming holiday shopping season will look like.

Before debating if this will all be transitory, we first have to untangle “what kind” of inflation we are referring to. The San Francisco Fed breaks out Personal Consumption Expenditures (P.C.E.), which is a measure of prices for various good and services, into two different types: “acyclical”, and “cyclical” (yes, more Fed Speak). Put simply, acyclical inflation is due to sudden shocks, and is often temporary. As you could probably guess this a big piece of what we have seen, but it isn’t the whole picture. The other piece is cyclical inflation. This is more aligned with the economic cycle, and arrives in a slow and steady fashion. It is also harder to reign-in once present. Right now, we are being hit by both (see below). Let’s briefly explore some drivers of each.

To understand some of the acyclical inflationary factors at work, one has to understand how global supply chains work at a high level. To do that you must zoom out several decades. Following World War II, the economy became more interconnected. Countries began trading and doing business together more often. Supply chains became more spread out and complex. This was a result of companies becoming obsessed with cutting costs and creating efficiency (which is what allowed us to buy goods cheaper than ever before). Unfortunately, supply chain designers never considered a global pandemic.

Think of supply chains like a long and complicated relay race. If one member of the relay team struggles, it will have a domino effect across each remaining leg of the race. From a recent article in the Washington Post: “For goods to move seamlessly from overseas factories to American addresses, the oceangoing vessels, shipping containers, cargo terminals, truckers, chassis providers and railroads all must work together, like runners in a relay race. If equipment gets stuck at any point, delays ripple along the entire chain.” When things were operating normally, goods would be produced as needed and flow downstream through the chain. As things opened back up, bottlenecks started barreling into other bottle necks. Each leg of these complex “relay races” has dealt with significant issues during the pandemic. From lack of raw materials, to a lack of workers, to lack of space on container ships, companies are facing endless problems. Solving them is like the most complicated game of whack-a-mole ever, only not fun and very expensive.

In short, these domino effects are causing a big mess for the economy. A mess that will take time to iron out. When Powell and the Fed stressed that inflation would be transitory, these were the type of issues they foresaw. In an economy so interconnected and complex there are going to be complications when trying to start it back up seemingly all at once.

The Other Kind- Cyclical

As mentioned, one big driver in these complications are the worker shortages across the entire supply chain. Port workers are being stretched thin, and they can’t find more help to deal with all of the volume. There is also a huge shortage of truck drivers to take the goods along the next leg of the supply chain journey. Many service industry businesses like restaurants and stores are also severely understaffed to sell the goods when they arrive. Unfortunately, this is the part where the issues may not prove to be so temporary. Right now, the United States has about 12 million job openings, with only about 5 million people looking for work. This is the widest gap on record. It will likely force employers looking for quality workers to raise wages in order to entice people to move off the sidelines and back into the workforce. Lower workforce participation, an aging population, and other factors driving this have been around for awhile. The pandemic just emphasized them more. While rising wages are a good thing, having them rise too fast can be a major driver of cyclical inflation as companies are forced to raise prices even further.

A second major component of cyclical inflation is the cost of housing, which has been on insane tear. The lowest interest rates on record, many first time homebuyers entering the market, and an undersupply of houses have combined to create a frenzy. While rent prices initially took a hit as people migrated from cities, that too appears to be moving upward. Many people are getting back to work, and potential homebuyers are deciding they don’t want to overpay or can’t find a house. If housing continues to become less affordable, it will be a major factor in  inflationary pressures sticking around.

While people like to simplify this debate into two camps of “transitory” and “runaway inflation”, the real answer is more nuanced. Other factors like healthcare and energy prices must also be considered. While acyclical inflation will likely prove transitory, we still could be entering an era of higher sustained inflation overall due to cyclical factors. Demographics and low interest rates are not changing anytime soon, and assets prices are at record highs. The Fed’s hands may be tied to some degree.

The last twenty years brought historically low inflation, so an uptick towards more normal levels isn’t the end of the world. It should inform our financial decision-making though. The key to navigating this environment is not in guessing what will happen next or picking a side in the debate. Instead, focus on what you can control. Create a financial plan that puts you in a position to grow your wealth and protect your purchasing power through a wide range of possible outcomes.

The Dow Is Falling, Inflation Fears Rise—and What Else Is Happening in the Stock Market Today, Jack Denton- Barron’s, October 6, 2021 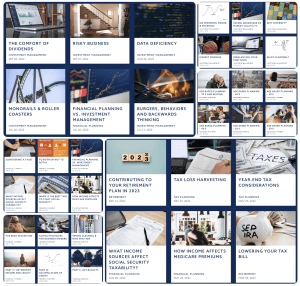